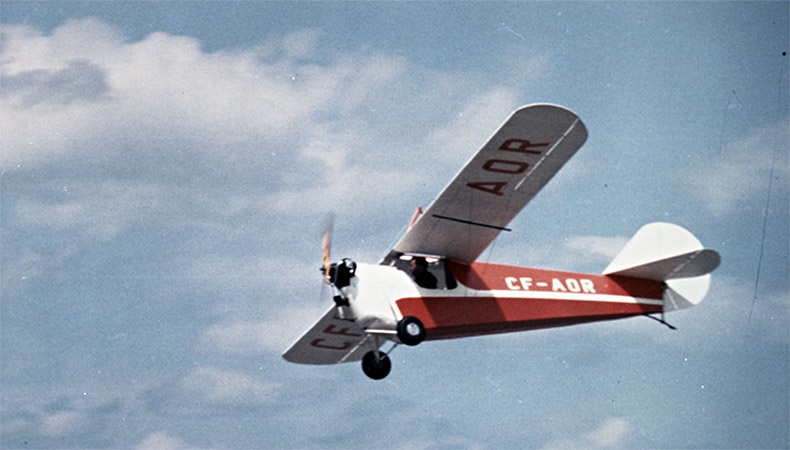 The C-2 was designed to be a cheap and simple flying machine for the amateur pilot. Built at the beginning of the Great Depression, it appealed to those who could not afford larger more expensive airplanes because of its relatively low price. After the C-2 appeared at a Montreal air meet in 1930, the Aeronautical Corporation of Canada was formed in Toronto. This company imported and sold 17 C-2s and C-3s during the 1930s. Approximately 515 C-2s and C-3s had been made when production stopped in 1937.

Manufactured in 1931, the Museum's aircraft was the eighth C-2 built by Aeronca. It was originally sold to G. A. Dickson of Pittsburgh, Pennsylvania; it then passed through the hands of several owners. A more powerful engine was installed prior to the Museum acquiring it in 1967. The Museum replaced the original vertical tail with that of a late-production C-3.